Home » News » Water Justice News » A Crisis for Who?! Social Reproduction and The Social Relations of the Cape Town Water Crisis

Blue Planet Project Research Fellow Adrian Murray traveled to Cape Town in March, at the height of the city’s water crisis. These are his reflections, accompanied by photos exploring the the daily experience of water and sanitation in one of the city’s many informal settlements. 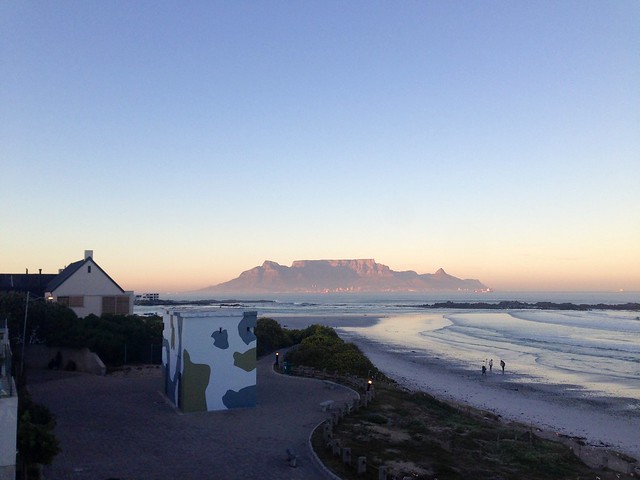 After several years of drought, water levels in the reservoirs and dams supplying Cape Town reached critically low levels in late 2017 and the city warned that it could run out of water, or reach “Day Zero”, in early 2018. More recently, the crisis has been declared a ‘national state of disaster’ by the South African National Disaster Management Centre. While initially set for mid-March of this year, dramatic reductions in water usage and measures to increase supply have meant that “Day Zero” predictions have been pushed back such that, given adequate winter rainfall, the city now predicts it will avoid running out of water in 2018.

The dramatic reductions in water consumption, down to 500 million litres per day (MLD) in February of this year from 900 MLD during the same month in 2017, were achieved primarily through household conservation, pressure reduction, the installation of household flow regulators—aka water management devices (WMDs)—and punitive tariffs. All households have been instructed to reduce consumption to below 6000 litres per month or 50 litres per person per day based on a 4-person household. If usage exceeds 10 500 litres per month (87.5 litres per person per day) households face the installation of a WMD to manage and cut-off the flow of water. On top of this, escalating tariffs were introduced in January 2017 which ramp up after 6000 litres per month (indigent households still receive this for free provided they stay below the 10500 litre limit) to which yet another dramatic increase of 26.9% (with the same increase for sanitation) has been announced in the mayor’s March 2018 budget speech.

Paradoxically—given that several state reports quite accurately predicted the current crisis as far back as the early 2000s, urging various levels of government to take action to address the problem far in advance of the one the city faces today—the city has insisted that it was caught off guard by the crisis shifting the blame firmly onto the shoulders of residents. In a press release in early January, the city admonished residents, which it characterized as careless and unwilling to save water, that it would proceed to force wasteful Capetonians to comply with water restrictions through the above measures. As one city councillor and former executive deputy mayor recently pointed out in a speech to city council, the city’s claim that the crisis came as surprise is “complete nonsense.” This has been particularly infuriating for working-class Capetonians, who use disproportionately less water than more wealthy residents. For example, informal settlements account for only 4% of Cape Town’s water consumption despite making up some 14% of the city’s population.

On the surface, at least when it comes to the sharing of blame and the general lack of water, some argue that Capetonians are all in the same boat. As a small hotel owner in Rondebosch recently put it ““It’s a leveller, we’re all the same now. If there’s no water, nobody’s got water.” But as the late geographer Neil Smith argued in the aftermath of Hurricane Katrina ‘There’s No Such Thing as a Natural Disaster’. Drawing attention to the uneven social relations of ‘natural disasters’, the impacts and effects of which are mediated by the contours of race and class—to which I will add and emphasize gender, among other social relations—Smith’s words beg for renewed consideration in light of the polarized impacts of the water crisis in Cape Town and the city’s thoroughly neoliberal response to it.

In Cape Town the contours of race, class and gender are remarkably uneven. The second largest city in South Africa, Cape Town remains deeply divided along racial lines, bearing the imprint of South Africa’s apartheid past which has only been made worse by the economic trajectory adopted in the post-apartheid period. The country itself remains the most unequal in the world, the majority of its black citizens mired in poverty, with the material conditions of the majority having worsened in the past 20 odd years. When it comes to accessing services like water South African’s find that, despite access being extended, it is increasingly mediated by the market and their ability to pay for services. In a society characterized by spiralling inequality and ‘jobless growth’, more and more working-class South Africans are unable to pay for services, eking out an existence on what little the state provides free of charge.

What’s more, the water crisis has a disproportionate impact on those who do the majority of household and community labour—key to social reproduction: the process of (re)producing and maintaining people today and into the future—Women! Working-class women continue to bear the brunt of the crisis, as they are forced to manage escalating restrictions to water use in a situation already characterized by inadequate access to water. Water that is cut off every day by a WMD after 360 litres has been dispensed; water that must be fetched from standpipe several hundred metres away; water that must be negotiated for with the landlord; water that must be recycled over and over and used for many tasks; water that must be conserved so children are told to not wash their hands and not flush the toilet.

The social character of disaster and crisis

What claims to the great levelling impact of the crisis and efforts to respond to it miss, as Smith reminded us in relation to Katrina, “is that far from flattening the social differences, disaster [response and] reconstruction invariably cuts deeper the ruts and grooves of social oppression and exploitation.” The city’s strategy to cut back water usage, detailed above, has enormous implications for overcrowded working-class households in both the short-term, as they disproportionately suffer restricted access and escalating water bills as the shortage worsens, and in the long-term as water commodification becomes normalized out of the “necessity” of managing the crisis through restrictions, rising rates and WMDs.

The deepening of inequality in Cape Town through the response to the water crisis is clear in the disproportionate installation of WMDs in working-class communities, the disproportionate impact of increases in water tariffs on working-class household budgets and the disproportionate impact of the crisis on the quality of working class life. All the while, little has changed for wealthier residents. As one middle class resident of Vredehoek told me “I only shower at the end of the day now, rather than at the beginning too.” Meanwhile, as many working-class women have noted in the course of the crisis, despite the fact that in situations of inadequate housing in which the majority of the working-class lives more not less water is needed to meet daily needs, getting by on 50 litres a day is nothing new; the city’s response has just made it worse.

Three Submissions That, Taken Together and Adopted, Protect Our Human Right2water