An overview of water sector reforms in India By Gaurav Dwivedi, a water expert from Manthan Adhyayan Kendra.

During the past decade and half, India has seen reforms to the water sector based on the financial sustainability model put forward by the international institutions. These reforms are based on principles like full cost recovery, rationalisation of water tariffs, privatisation, and public-private partnerships across urban, rural and agricultural sub-sectors. They are paving the way for privatisation, commercialisation and commodification of the water sector.

The efforts to privatise water services have been undertaken through various international institutions such as the World Bank, the Asian Development Bank, and the International Finance Corporation. These institutions have funded projects and national programs like Jawaharlal Nehru National Urban Renewal Mission, Urban Infrastructure Development Scheme in Small and Medium Towns and now under the SMART city initiative and the AMRUT plan for urban development.

Where private participation of urban services is envisaged, user costs will be required for covering the expenses of such services, including domestic water supplies. In Madhya Pradesh, specific state schemes like Chief Minister's Urban Water Supply Scheme and Madhya Pradesh Jal Nigam in Madhya Pradesh look to continue the principles of the reform model.

Under these schemes, privatisation measures are being implemented in several towns and cities across the country despite people's opposition. In some places these projects were halted due to immense public pressure, including in Delhi, Mumbai, Bangalore, Latur and Mysore, among others. However, despite these setbacks, the steps to privatise continue and water services are being handed over to private control in places like Nagpur, Hubli-Dharwad, Khandwa, Tiruppur, Shivpuri, Patna, Guwahati, Naya Raipur, Mangalore, Kolkata, Ludhiana and Dewas, among many others.

India’s National Water Policy, which was implemented in 2012, has included private sector participation as an option to deliver water services.

People in these towns and cities are being severely impacted due to the conditionalities that the privatisation of water services brings, especially the poor and the marginalised sections of the community. The conditionalities are being implemented as part of the larger reforms process in the water sector and emerge as specific clauses under the concession contracts. These clauses range from risky to ridiculous. They include: private companies’ control of domestic water supplies, mandatory household level metering, 24x7 water supply, increased water tariffs, automatic revision of water tariffs every one to three years (a 10% hike), ignoring access and coverage of poor and marginalised communities, prohibiting use of local water resources and the sharing of domestic water within the community, neglecting local water resources, increasing dependence on distant water sources, among other things.

Campaigns in Shivnath and Khandwa have been successful to the extent that the state governments were forced to form committees to investigate the concerns raised about these projects. The committees include the Public Accounts Committee of the State Legislative Assembly in Chhatissgarh and an Independent Committee by the State Government of Madhya Pradesh in Khandwa. In their final reports submitted to their respective state governments, the committees were scathing in their assessment of the privatisation processes as well as the concession contracts given to the private companies against people's wishes. Yet these contracts remain in force, despite the negative remarks by the government-appointed committees with a few notable setbacks to the privatisation schemes in Mysore (Karnataka) and Latur (Maharashtra). due strong public outrage. In other places like Nagpur, Tiruppur, Delhi and Aurangabad, communities continue to face serious problems arising from the reforms.

In addition to the city-specific projects, several state-wide water sector restructuring projects are also being implemented across the country. In states like Maharashtra, Madhya Pradesh, Uttar Pradesh, Andhra Pradesh, Gujarat, Rajasthan and Delhi these projects are being implemented with loans from international financial institutions such as the World Bank or the Asian Development Bank.

These projects transform the whole sector by commercialising and commodifying water from a public good to a market commodity. The various institutional, legal, administrative, financial and operational components prescribed under these loan projects provide the underpinnings for privatisation, commercialisation and marketisation in the water sector. Provisions like the formation of water regulatory authorities by state governments, which are put down as conditions under loan agreements, detach the decision-making mechanisms in the water sector from the political sphere to a parastatal and quasi-judicial institutional structure in the form of water regulatory commissions. These regulatory commissions, formed under the law passed by state assemblies, will have the power to assess and allocate water resources to users and will set water tariffs to be charged to different users, including irrigation, domestic, industrial, etc. States like Maharashtra, Madhya Pradesh, Uttar Pradesh, Arunachal Pradesh, Gujarat and Karanataka have passed laws or notifications in this regard. Similarly, restructuring projects also include increasing water tariffs, privatisation and public-private partnerships.

Interestingly, all the above projects focus on financial reforms like tariff increases, user charges and full cost recovery, but none of the projects address service improvements aspects or improved access for local people, especially the poor and marginalised.

Various private consultancy firms are also part of the group that holds an important stake in the planning of the water sector. These firms include Ernst & Young, McKinsey, and Price Waterhouse Coopers. The firms prepare business plans for the transnational companies that are their clients: Veolia, Saur, Suez and now Indian companies such as Doshion, SPML, etc. The plans are to ensure that company profits are maintained from year-to-year and that there is considerable economic growth in the sector through government funding available in the name of private sector participation (PSP) or public-private partnership (PPP).

Through a new “SMART cities” program these private consultancy firms would be given contracts to develop plans for cities selected as “smart cities.” Based on preliminary analysis, these consultancy firms then would possibly also hold powers to decide about the contracting of services for the city. Under the SMART cities program a Special Purpose Vehicle (SPV) would be formed through a tripartite agreement between the central government, state government and possibly financial institutions, international financial institutions and corporate entities. It appears that the SPV would be in charge of development and services within the city, bypassing the local people's representatives and the local municipality.

Over the past several years, community groups, social and non-governmental organisations have been discussing and organising activities, critiquing reform measures and privatisation of public water services in several places across the country. In the past there has been a determined effort that has gained momentum to bring the various groups of campaigners, activists, researchers, academics, community groups, labour collectives, people's representatives and non-government organisations together for national campaigns and meetings to discuss further actions against privatisation and the alternatives to privatisation. Several meetings have been organised in various locations to take the efforts of this larger collective to the people in varied places on issues related to water and privatisation. 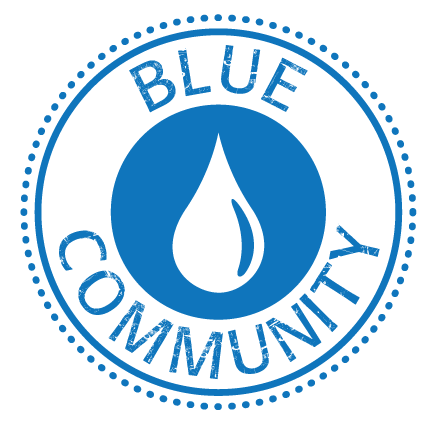