Posted by Brent Patterson on March 20, 2014  Tagged with: Mexico, Right to Water 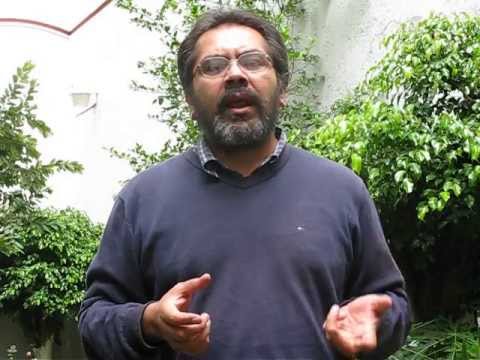 Octavio Rosas Landa is a professor of political economy at the National Autonomous University of Mexico who also plays an important organizing role with both the Asamblea Nacional de Affectados Ambientales (the Assembly of Environmentally Affected Peoples) and the Mexican chapter of Permanent Peoples' Tribunal. Yesterday, he spoke at a Polaris Institute-hosted round table in Ottawa that I attended along with representatives from Common Frontiers and MiningWatch Canada.

Octavio shared with us his concerns about a proposed Water Law in Mexico that will be presented to their Congress this week.

But while the new Water Law nominally recognizes the human right to water, it intends to 'fulfill' this right through bulk water transfers within the country. Even more concerning is that the transfer of water (through major dams and aqueducts) isn't intended to provide drinking water to people, but rather for water-intensive industries such as the automotive and aerospace sectors, as well as plantations that grow avocados for export. Octavio told us that the Zapotillo dam - which the Blue Planet Project has been opposing - is intended to transfer water for the automotive industry in Leon.

This is a situation that will only worsen with the massive expansion of fracking planned in Mexico. Blue Planet Project organizer Claudia Campero tells us more about that in her blog Energy 'Reform' in Mexico Will Only Pave the Road for Fracking.

Octavio also highlighted the importance the Permanent Peoples' Tribunal process, an independent international panel that examines and provides judgments on human rights violations. In November 2012, Blue Planet Project founder Maude Barlow participated in the PPT hearings in Mexico on the impacts of dams. Her daily blog posts on that intervention can be read at Bearing Witness to Community Struggles Against Dams and Mining in Mexico. The final hearings in this process - to be followed by a verdict - will take place this coming November. Octavio noted how important it is that a similar Permanent Peoples' Tribunal process will be taking place in Montreal on mining this May 29 to June 2. Barlow will also be participating as a juror in that process.

Additionally, Octavio noted the numerous legislative changes (600 reforms to the Mexican constitution over the past thirty years) that have favoured corporate interests; he said that with 20 years of NAFTA all public services have undergone a degree of privatization and denationalization; he told us that between 2005 and 2010, mining corporations took about $55 billion in value of minerals, while the Mexican government received royalties of just $600 million for this; and he brought to our attention the deforestation that is planned to take place with the construction of a new highway between Mexico City and Toluca, deforestation that will endanger the aquifer that supplies drinking water to Mexico City.

The round table was an informative and thought-provoking gathering.

Three Submissions That, Taken Together and Adopted, Protect Our Human Right2water